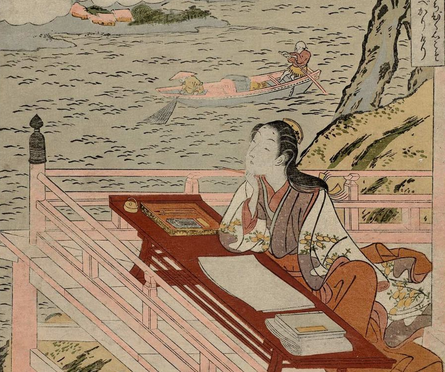 I should – and intend to, at some point – continue to process my thoughts on Lonesome Dove. But today it’s cold, or more specifically I’m cold, so cold the backs of my hands feel like they’re being gently grazed with steel wool or a sparking livewire. So cold that writing about a dusty, sweaty book like Lonesome Dove seems weird.

And it was a weird time for me to read Lonesome Dove: during the last sad remaindered weeks of Ohio winter. It only snows once or twice during Lonesome Dove, towards the end when they reach Montana – and it comes across (mostly) as an otherworldly novelty to the cowboys, not the monotonous threnody that it is here.

I’m able to – and mostly do – read what I want regardless of the season, weather, locale, time of day or night. Unless you want to be a demoniacally arcane and prescriptive reader you have to accept that you’ll never always synchronize the aesthetic of a book to the aesthetic of the world outside.

But that interplay between the two is a real thing, and generates real alchemies inside your brain. In Heian Japan they knew (and by ‘they’ I mean ‘the nobility;’ and by ‘knew’ I mean ‘had the undeserved luxury to know’) that aesthetics were everywhere, that in some way most of a life could be lived artistically; that sitting in a particular spot, at a particular time of the day and year, looking out over a particular landscape with a particular weather cast over it, and reading a particular poem could, in fact, deepen the aesthetic impact of that poem.

All art creates its own world, but as we experience it by bringing it into our individual minds, it mixes with the experience of reality past and present kept there (because art’s made of the same stuff, ultimately, even if it is refined, distilled, altered, organized, given structure), and can develop additional deepnesses & resonances from that commingling, incorporating the unformed aesthetic of lived reality into its own architecture.

Here: some notes on possible book/environment combinations that may deepen the impact of the work itself, but also may not, because each of us develop our own correspondences between things and yours may be – probably are – completely different.

Moonwise, by Greer Ilene Gilman – winter book through and through. Wouldn’t read this one in summer. I’ve tried, but it didn’t work. You have to wait.

When I was in high school my cousin told me that On the Road is strictly a summer book,  and to wait till then to read it; unintentionally condemning Kerouac’s book to years of waiting itself, standing on ugly gray carpet under ugly fluorescent lights, waiting in the endless shifting line of my inner literary bureaucracy for conditions to align so that it can be processed.

Proust is often described as autumnal, and I can see that; but I seem to remember starting In Search of Lost Time in the spring, and finishing it on a late summer evening. And my favorite volume, In the Shadow of Young Girls in Flower, is most definitely a summer book.

Find a good stretch of sultry days for Ulysses, the June book. Read the early chapters in the morning, salivate over Bloom’s kidney breakfast as you prepare your own matutinal meal.

Lolita: a summer book for sure; Pale Fire an autumn one. There’s something inherently literary about Appalachia in the fall. But maybe don’t read either of these; I’ve had a years-long ice cream headache from Nabokov’s fatty, rich prose – it gave me cavities. And yet in my memory it lacks a certain something; David Markson describes Nabokov’s style as ‘pinchbeck,’ and I’m currently inclined to agree. So just read Wittgenstein’s Mistress instead, alone in a cabin on a wintry beach – you kind of have to roleplay for this one.

Peace, also by Gene Wolfe, is October only. You really ought to time it so that you finish it during the afternoon on Halloween, before it gets dark.

Last Good Kiss by James Crumley takes some even preciser timing: late summer only, heavy summer, when the sky seems stark white even when it’s cloudless; after the merciless beatdown of the dog days, when the weather is hovers between continuing late summer’s madness or commencing its own death with the onset of fall. (N.B.: you should also be on the road for the duration of the reading).

Read Misery in the winter (I didn’t).

I remember The Wind-Up Bird Chronicle taking place in the summer. I read it last year – or maybe the year before. There’s something about this book, and Murakami’s prose, that isolates itself from particular flavors, specific resonances; it’s sterile in a way that I can’t decide if I like or not – but it’s probably a summer book regardless.

The Book of Ebenezer Le Page G.B. Edwards: early autumn, preferably during a stretch of wet but not unpleasantly so weather. And really you ought to be in Guernsey.

Dracula would work best as a box of documents to be sorted through. A box of evidence. Like the H.P. Lovecraft Historical Society did with “The Call of Cthulhu” and the Angell Box. Give me the Stoker Files.

I wish I’d read Foucault’s Pendulum during the summer, in a rainy city. I’d walk to the subway, avoiding puddles and people, and cram in some fevered reading during my transit. Urban life seems like the corresponding madness to the madness of this book – which is, to be honest, at least a partially feigned madness. I need to return to this one because I’m not sure what to think of it still.

And The Tale of Genji is, indeed, best read in autumn.

The tone of Lord of the Rings: ancient, mystic, Yuleish. It seems older than it is, and so it should be read in winter. The first time. But then read it in each other season, to extract different colors and tones from Middle Earth.

Who wouldn’t want to read Wuthering Heights on a wind-lashed night in northern country, with the wind lashing the earth’s bare back and the trees swaying in unison, urging on the flagellation?

What I am currently reading now is 2666 by Roberto Bolaño. For me, this one is tied to time, not season; it’s best read at night – although now that I think about it I think summer nights would work best. And like most big books, I find it to make particularly good reading when I’m a little bit abstracted. The capaciousness of these bigger books allows them to let all of that abstraction and nervous energy in. There’s room for lots.

This is my second crack at 2666, which I bought when it was new, riding into North America on cataclysmic hype. At the time, I started it and got through Parts 1 & 2, but abandoned it. This time, less than a week in, I’ve already caught up to where I left off, and am positive I will finish it this time.